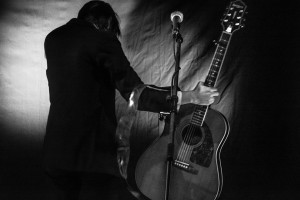 I’m back home now in London after a great tour in Germany. The reception and hospitality I received was absolutely amazing – thank you so much to everybody who came to the concerts out there and my special trio of tour managers (Gudi, Rene, and Bine). I really hope I can come back again in the near future! : )

I have 3 final UK concerts scheduled for between now and Christmas. On 10 November, I’ll be teaming up with an old friend of mine, Stew Simpson, and his folk-rock supergroup, Hadrian’s Union, in Wanstead, East London.

The following week, I will be supporting pub rock legends, Juice on the Loose, who are reforming for 2 special concerts and feature the stella talents of Charlie Hart, Geraint Watkins, Ed Deane and Les Morgan, all of whom featured on my past records. I’ll be playing with them in Lewisham, South London on 20 November.

My final concert will be up in Manchester with my friends, the fantastic Lonesome Penniless Cowboys on the 16 December. All details are up on the gigs section of this website.

For everybody who asked about my recently finished 2nd album, thank you – I will have copies with me for sale at these upcoming concerts and will be putting it up on the Bandcamp website to coincide with it’s official release early 2017.

Finally, today is Walter Hyatt’s birthday, so I would like to share with you the music of one of my favourite artists. Happy Birthday, Walter!

See you all soon x